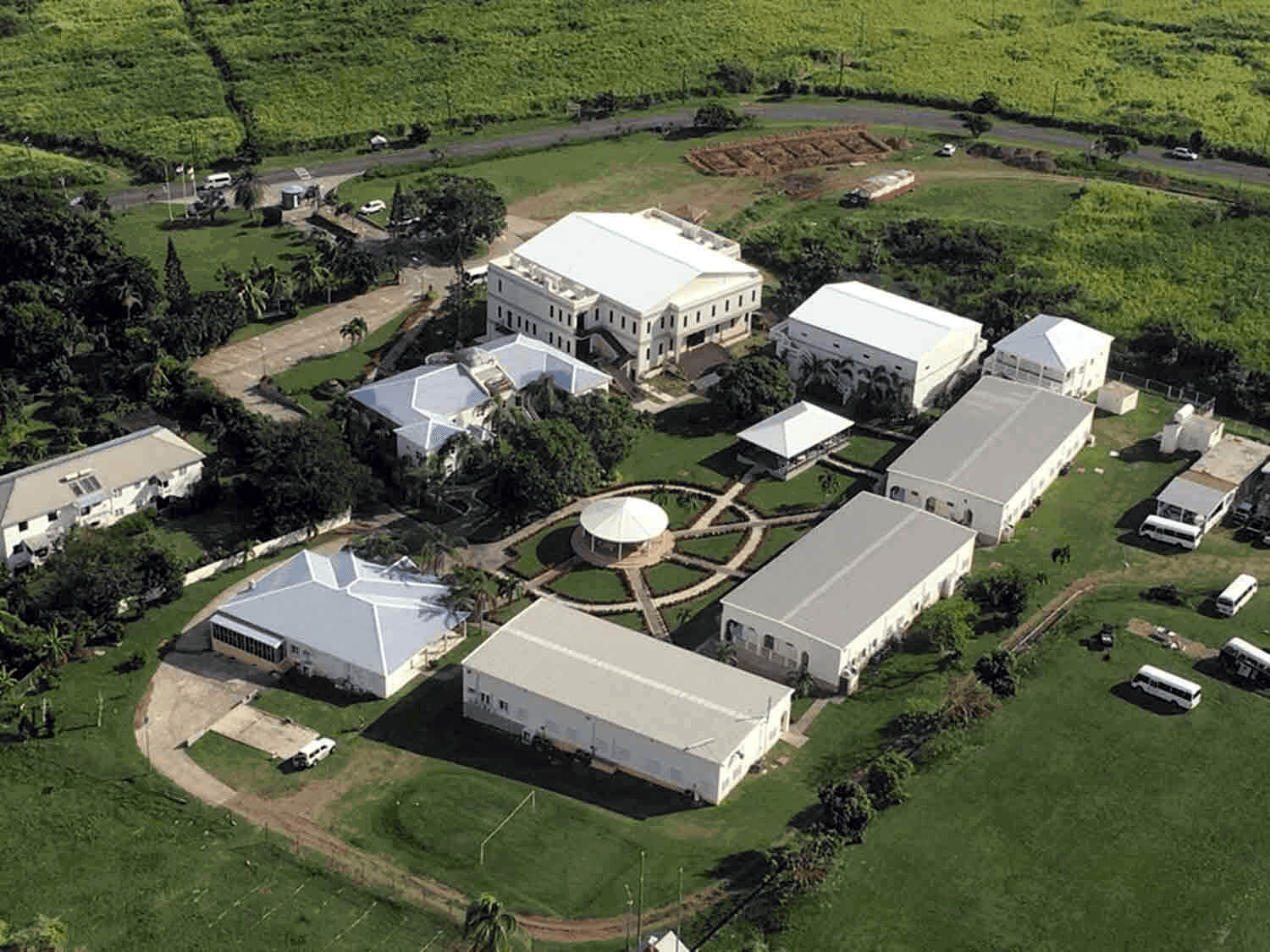 In January 2000, Windsor University School of Medicine relocated to the Island of Saint Kitts and Nevis with the principal dean and a class of eight students. The Board of Trustees decided to move the campus because of lack of easy access to resources for operation of the medical school at the previous location.

In January 2000, our then President Dr Srinivas Gaddam approached the Island of Saint Kitts and Nevis to relocate from Turks and Caicos. The educational minister granted approval to the proposal of establishing a medical school on the island.

In March 2000, the Government of Saint Kitts and Nevis / Ministry of Education approved and chartered the license to operate. The school of medicine was fully functional with the set mission and objectives with quality medical education and affordable tuition. Windsor gradually increased its student population and faculty; which propelled the Board of Trustees to expand the academic campus. The work of expansion started in December 2005 when Windsor acquired 7 acres of land at the current location in Brighton’s Estate. The construction of the new academic campus was completed in December 2007 and it was fully functional in January 2008. At that time, the campus facility included 4 large classroom units, anatomy dissection lab, multipurpose lab, and a cafeteria.

Over the next few years, the School of Medicine progressed in terms of improvement in the curriculum, assessments and evaluation, faculty and other components of academics. This was reflected in a further increase in the student population along with diversification of our student body. The curriculum committee and the then dean realized the need of better clinical exposure during the basic sciences to prepare students for the clinical sciences, which necessitated further expansion of the campus infrastructure with the addition of dedicated clinical skills center along with large and small group discussion rooms in 2010.

Windsor University School Of Medicine (WUSOM) has recently underwent campus expansion and construction of a new 30,000 square feet block, this began on May 19,2015 and was completed in December of 2017. This building houses a state-of-the-art simulation lab, a new library complex, a clinical education center and a gymnasium with the latest medical equipment, teaching materials, advanced computer softwares, e-books and journals.